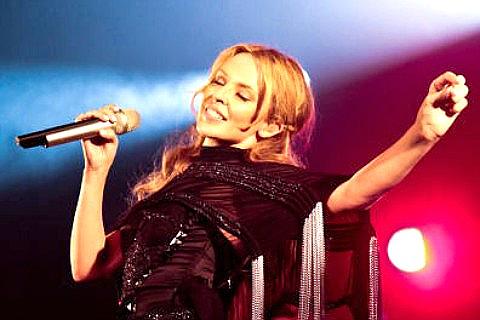 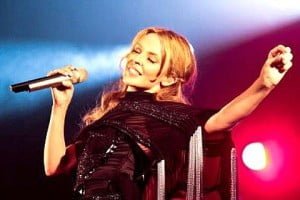 Kylie Minogue is an Australian singer, songwriter and actress. In the beginning of her career she started as a child actress on the Australian television. She was playing in a soup opera, Neighbours.

Kylie started her musician career in 1987. During her career she was nominated and she received several awards including a Grammy Award, Brit Awards and multiple ARIA awards as well. Her first single was The Loco-Motion which was a number one hit in Australia and became one of the highest-selling singles in the country. After the success of her first single she released her first debut album Kylie in 1988. Through the years she came out with several other albums and she released her latest album Kiss Me Once in 2014.

Kylie Minogue is on tour this year until 2015. She will perform in many countries and cities during her tour. Kylie is supporting her latest album the Kiss Me Once which came out this year, 2014. This is her 13th concert tour which starts from September 2014 to March 2015. She will give concerts in Australia and in Europe as well. She will be on stage in different European countries such as Germany, UK, Spain, France and in the Czech Republic as well. She will have plenty of gigs in Germany. In the Czech Republic the concert will take place in Prague at the O2 Arena. The concert will be on Tuesday 21st October 2014. Tickets for the show are already available.

For more information on the concert and dates, click the link beneath.

For more information on concerts and events in Prague, check out what is on Prague!