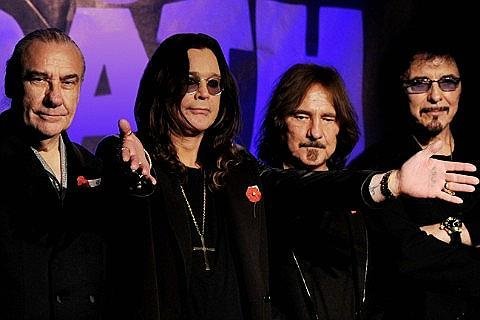 If you want to see a real, hilarious heavy metal concert, here is your time, because the Black Sabbath will go to tour with almost all the original members. The Birmingham gentlemen will give an unforgettable concert on 7 December 2013 in Prague, in the Ocelarska 460/2.

More good news that Ozzy and the band reunited, AND released a new album too. The album’s title is 13 and they will publicize it in this year in Europe. Maybe you haven’t heard, but the band’s original name was Earth, but there were already a band with the same name, so they changed it to the legendary Black Sabbath. The secret of their success was that they were other than every band, because in that time the popular music was the blue-rock and the beat. In contrast, the played deeper sounds and harder music with dark, occultist lyrics, but actually their opinion was they are all positive and happy people. The song writer usually was Geezer Butler, who was influenced by Dennis Wheatly’s novels about black magic.

The place is special too on 7 December, because nowadays more and more young people visit Prague to have a great party and their opinion is positive about the city, the tasty Czech beers and the famous Absinthe. This will be the perfect place for a Black Sabbath concert! Have a great time!