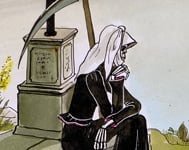 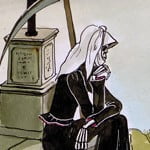 This exhibition will show death to the visitors through the paintings and prints, through several painters and artists point of view from different ages.

The visitors will have the chance to see the human mortality as it is seen through the eyes of the artists, showing it in a unique and different way. The museum offers a cycle of exhibitions at one of the most popular topics in the whole world. The exhibition opens with the Godmother Death presents death in a new way. Death is one of the most influential subjects of literature, music, drama, film and fine art as well. The paintings and artworks at the exhibition mostly were created over the a millennium and most of them were painted in the territory of Bohemia and Moravia. Visitors can see a mixture of the perspectives on death from different cultures and their transformation during the years. At the exhibition will be shown several unique objects such as antique prints, autograph scores and illustrations. The artworks at the exhibition will cover the art of the 19th and 20th centuries.

If you want to know more information on the exhibition and the museum visit the official site.