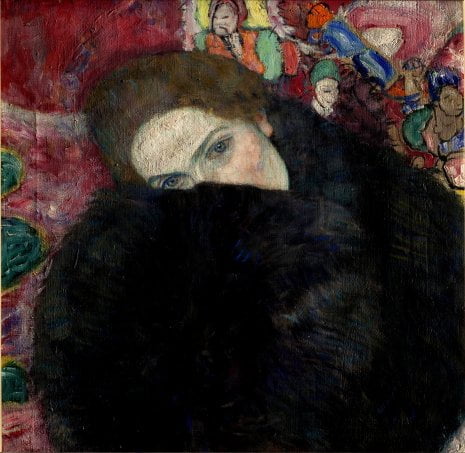 His favourite subject was the female body and his work is marked by a frank eroticism. He painted pictures of women with a mysterious, dreamy expression but full with lust and energy for life. One of his most popular and famous artwork is the Lady with a Muff which was painted around 1916-17. In this painting we can see his interest in Asian art, he was inspired by the Japanese and Chinese art and this can be spotted in his other paintings such as The Polecat Fur which is really similar to picture the Lady with a Muff, the painting shows a woman who is wearing a fur coat and partly covering her face with it.

The paintings are shown to the public in Prague’s Modern Art Gallery from 27th of June until the end of 2014.

For more information and details about the museum and its opening hours check the official site, or in general we can tell you that the museum is open every day from 10.00-18.00, except from Mondays when it is closed. The basic entrance fee to this exhibition is 200 CZK.