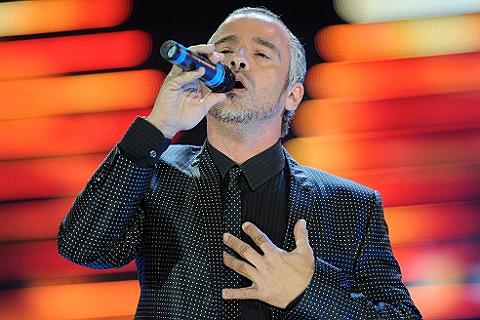 Eros Ramazotti, the famous Italian singer charm everybody with his soft voice and romantic ballads. Eros was born in 1963, in Rome. He has showed his talent already when he was young, and he reached the finals of the music festival of Castrocaro with his song, Rock’80 in 1981. After that he sighed up with the DDD Records.

Probably everybody knows Erps Ramazotti’s famous song, the Terra Promessa, or Land of Promise. This beautiful melody brought the success to Eros in 1982, when he won the Voice of the Year award in the music festival of San Remo.

Ramazotti haven’t been lazy, he continuously release his albums since the early successes. The Italian singer’s albums are the best choice for rock fans and romantic people too. He usually recorded his albums in two languages: Italian and Spanish.

His new album, the Noi released in the end of the last year, November of 2012, and it was going to be successful immediately. Eros Ramazotti wants to show his newest job in live in a concert tour, which is one stop is the capital of Czech Republic, the wonderful Prague, in the O2 Arena. Eros is not the only one, who impresses the Czech fans or the lucky foreigners in this concert place.

The concert time is 8 April 2013 in the O2 Arena, Prague. Don’t miss the romantic Italian hero’s wonderful concert! Have fun!