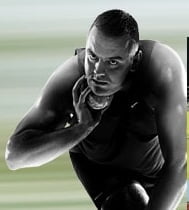 If you want to know more on the European Athletics Indoor Championships check the official site for more useful information on the tickets and the competition.