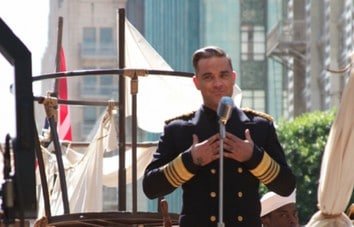 It will be 100% take-off at Letnany Airport on August 19th. It is not because of an airplane, but because of Robbie Williams coming to perform on that day!

Robbie Williams has been to Prague several times earlier, and it is always a fantastic show and a cheering crowd waiting for those deciding to be present at the events. On August 19th at 16.00 Robbie Williams will perform in Letnany Airport (just outside Prague), and if you want to be there, you can easily lay your hands on some Robbie Williams tickets.

There are other great concerts coming up in Prague as well this summer. Before Robbie Williams come on August 19th, famous bands such as Guns N Roses, Depeche Mode and Deep Purple will perform in Prague this summer. If you want to buy tickets for any of these concerts just press the ticket link beneath and search for the artist you are interested in, and buy your tickets.