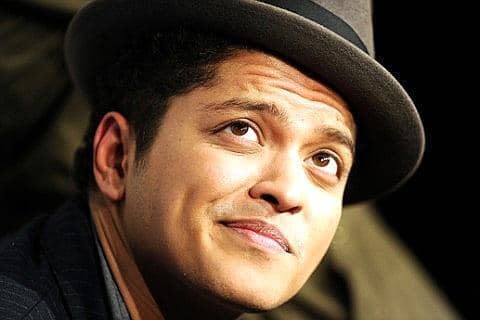 Whether what could make more wonderful a holiday in the capital of Czech Republic, Prague than the Charles Garden or the Prague Castle? The answer is simple: of course Bruno Mars’ unforgettable concert, which will be on 6 November 2013 in the O2 Arena. But who is this young talent, whom everyone is talking about? 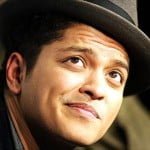 Bruno Mars, as the original Peter Gene Hernandez was born in 1985 in the capital of Hawaii, Honolulu. In his family everybody, his father, his mother, his five siblings and him deal with music. His father plays on Latin drum instruments, and his mother was a hula dancer. He – in addition to singing – plays on several instruments, like guitar, bass guitar, drums, piano and harmonica. He appeared in music life when he was a child and won a talent show. When he was 17 years old and graduated, he moved to Los Angeles to make his lucky, and it worked! As a music producer and song writer he worked with that big names like Ke$ha, Flo Rida or Adam Levine.

The young titan became famous in 2010, when he released his first album, the Doo-Wops & Hooligans. One song from this album, the Just The Way You Are brought a Grammy Award to Bruno Mars in The Best Man Pop Singer category.

His second album released in the end of 2012, by name the Unorthodox Jukebox. Bruno Mars wants to show his newest work’s fruit to the fans within a worldwide concert tour, and one station will be the wonderful Prague on 6 November 2013. It will definitely be an unforgettable experience, do not miss it! Have fun!