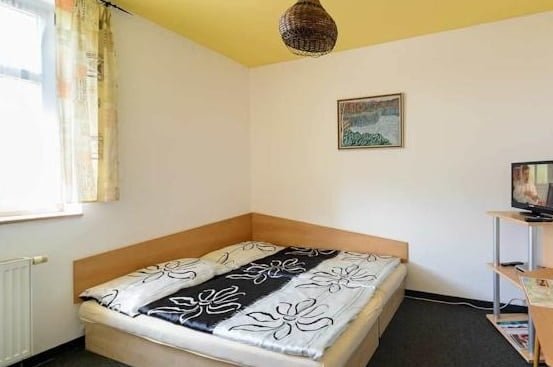 I am going to CEZ Arena to watch hockey-matches in 2015. I am looking for a hotel very close to the arena. Can you please help me?

Thanks for asking. As you might know the CEZ Arena is the fourth largest hockey venue in Czech Republic. It has a capacity for more than 10,000 spectators, and it was originally built back in 1989. It is the homeground for HC Vitkovice today.

Hotels near CEZ Arena in Ostrava

If you want to live on a hotel near CEZ Arena in Ostrava, then there are a couple of hotels that can be found in less than 1km distance from the venue. The nearest place to accomodate near the venue is Hostel River, but it is worth noticing that this is just a hotel, and the quality and comfort comes thereafter.

The second closest hotel is 600 metres away from the CEZ Arena and the name is Hotel Morrison. This is a three star hotel, for sure not among the best, but if you do not require the best, this might still be more than good enough.

Then comes two more hotels just 100-200 metres further away than Hotel Morrison. These are both better, they have better ratings and more satisfied visitors, and those are Pension Antica and Hotel Victoria.

We hope this list of four hotels and pensions have helped you. If you want to live in the hotel said to be the best and with the most happy guests in Ostrava, then you should book a room in Mercure Ostrava Center, which is a very central hotel, though a little distance from the CEZ Arena, but with a taxi that can easily be done in not so many minutes.

The IIHF or International Ice Hockey Federation is an international, worldwide governing body of ice hockey and in-line hockey. The organisation is based in Switzerland in Zürich. The IIHF has 73 members including 52 full members Australia, Austria, Azerbaijan, Belarus, Belgium, Bulgaria, Canada, Czech Republic, Denmark, Finland, France, Germany, Great Britain, Hungary, India, Ireland, Italy, Israel, the Netherlands, Norway, Poland, Sweden, the United State, Mexico, North Korea, South Korea and so on. Most of the European countries are part of the federation and several other countries from all around the world are part of it too. The federation has 18 associate members and 2 affiliate members as well. The associate members either don’t participate fully in the international championships or do not have an international national body of ice hockey. The associate members of the federation are the following Argentina, Brazil, Macedonia, Malaysia, Oman, Portugal and so on.

Next year, in 2015 the IIHF World Championship will be held in the Czech Republic. The tournament will take place in Prague, the capital city of the Czech Republic and in Ostrava. Th event will be held at the O2 Arena in Prague and at Čez Arena in Ostrava. The capacity of the O2 Arena is around 17000 and the other arena the Čez can host around 10000 visitors. The first ice hockey match of the World Championship will be 1st May in 2015 and the last game of the tournament will be 17th May 2015 at 8.45 in the evening at O2 Arena in Prague. This year in the tournament Sweden, Canada, Czech Republic, Switzerland, Latvia, France, Germany, Austria are in the group A and Finland, Russia, the United States, Slovakia, Norway, Belarus, Slovenia and Denmark are in group B.

If you want to buy tickets for one or more of the matches, you can do so at: WorldTicketShop

If you have some time left, or time in between watching the hockey matches, why not enjoy a beer dinner in Prague, visit the beer festival or maybe go on a river cruise on Vltava?