The calendar shows the summer is here but the weather doesn’t show the same always. Nevertheless, we don’t have bad mood, because there are loads of great programs in whole Europe.

You could travel anywhere in this summer, you will find everywhere the perfect exhibition, festival or concert for you, and these programs could be enjoyable even so the bad weather, moreover, in this wonderful city tourists can find fantastic attractions beside the different activities, so these travels totally worth the money and the time. Inter alia this type of city is the capital of Czech Republic, the wonderful Prague too, because besides you can find lots of historical attractions, amazing buildings and tradition in the Middle-European city, you could hear the amazing voiced R&B queen, Alicia Keys’ concert here in this summer.

Alicia Augello Cook was born in New York in 25 January 1981. The public know better her “nom de plume”, Alicia Keys. Besides she is a talented and popular R&B and soul singer, she is a famous song writer too. She sold millions albums in the whole world, and she won several awards, for example eleven Grammy Awards, seventeen Billboard Music Awards and three American Music Awards. The amazing voiced singer’s voice includes three octaves. Alicia Keys’ exemplar is Stevie Wonder.

Everybody get ready, because this summer, at 12 June 2013 you would hear and see Alicia Keys live in the O2 Arena in Prague! Have fun! 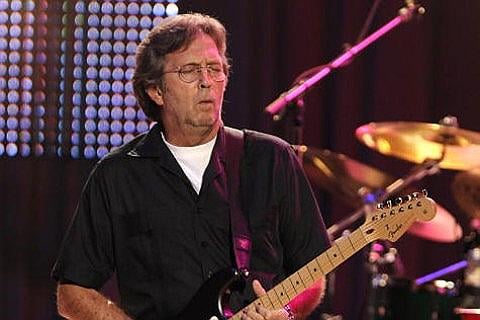 The Yardbirds, John Mayall & the Bluesbreakers, Cream, Blind Faith, Derek and The Dominoes. What is the similarity of these awesome blues and rock and roll bands? Most of the people may know the answer: Eric Clapton.

The bad guy, the God of the blues, the only musician who was inducted three times in the Rock and Roll Hall of Fame, the guitarist, whose nickname is „slowhand”, starts his world wide concert tour in this year, 2013, to show their fans the psychedelic music, the blues, the sweaty concerts and the guilty joys.

Eric Clapton is a real veteran rocker. He was born in the United Kingdom in 1945. His life story is already from the start a strange one. His mother was pregnant when she was 16, and his father left them before Eric’s birth. He believed, his grandparents are his parents, and his mother is his sister. He found out the truth, when he was nine and his mother got married, moved to Canada and left her son. These things had very big influence to Eric’s whole life.

His interests to music and especially the blues, has started at his age 13, thankful for an acoustic guitar. He played in the Yardbirds between 1963 and 1965, in the John Mayall & the Bluesbreakers between 1965 and 1966, and after that, he joined in the Cream in 1966, but the group has broken up in 1968. Unfortunately one life haven’t got enough time to list the names of Eric Clapton’s bands before he has started his solo career. He is one of the bests guitar players of the World nowadays too, and he is better than most present musicians.

For those, who want to hear the most famous Clapton songs’ live version, like „Layla” or „Cocaine”, here is the last choice, the last stop of the talented musician’s concert tour, in Prague.

Don’t miss this unforgettable experience to hear one of the rock’s unded legends! Have a good time!

The Synot Tip Arena is the venue and June 24th is the date. Are you ready to party on with one of the most popular bands in the world at the moment? Bon Jovi, led by Jon Bon Jovi, will come to Prague again to perform and you are invited to be one of the many thousand people at the arena enjoying the music and singing along as both new and all are taken forth from the repertoire of the famous band from the USA. As of know it also seems as if this will be one of their last concerts in 2013, so if you have waited for so long, do not wait much longer, because suddenly there will be no more Bon Jovi concerts in 2013. In fact after the concert in Prague on June 24th Bon Jovi will only stop in Lisbon, Milan and in Bern (information as of November 15th, 2012).