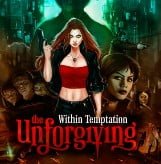 Not writing to much in this article, but just wanted to let you know that there will be a Within Temptation concert in Prague in October 2011. The venue for the concert is Kutumi Centrum  and the date is October 21st, concert starting at 20.00. Tickets can be bought from WorldTicketShop.