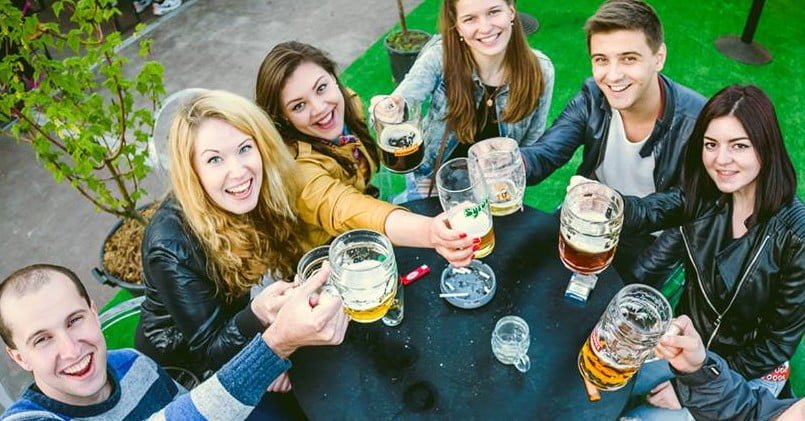 One of the biggest and most popular festivals in Prague is the Czech Beer Festival. This has been an event lasting for 2 1/2 week every year in Prague, and it has brought tens of thousands of people to the city. It has also been listed as one of the top 40 festivals to experience in Europe and it has been featured in Lonely Planet and other travel magazines. So, why was the Czech Beer festival canceled in 2019?

There was quite a lot of information available about the cancelation to those who understand the Czech language, but if you don’t, you have probably had a hard time finding information about what happened in 2019, and whether or not it will influence the beer festival in 2020 or not.

So, what happened with the Beer Festival in 2019?

The answer can be found in a blog post posted in January 2019, written by the creator and mastermind behind the festival, In the post, she wrote something as follows:

“I am sorry that I have to write it, but I decided to cancel the Czech Beer Festival 2019 after careful consideration.

Prague 7 City District has long disagreed with the festival on Letna Plain and last week the festival was rejected by the new management of the City of Prague. I cannot or do not want to organize the festival again without the support of these two institutions.

When I started the festival, I had a clear idea where to go and what it was. My goal was to build a unique event, which will be the annual holiday of Czech beer. Because, as one of the festival visitors once told me:

„There is only one word you need to know in Czech… BEER!“

Beer is not a rich alcohol that produces drunks and educates alcoholics. It is our tradition (however it has been abused and distorted for years), our legacy. It is a cultural drink that determines our country so much. Thousands of Czechs take care of his cooking and tens of thousands, perhaps more, take care of him. And they all do it with love and the belief that beer is much more.

That’s why we drew beer in glasses (including the tasting ones), that’s why there was never a single plastic cup at the festival, so we stored the cask in cool containers, so we worked with great Czech breweries of all sizes, flying breweries and even home owners The festival was visited by hundreds of thousands of visitors from all over the Czech Republic and around the world. That is why a visit to the Czech Beer Festival is recommended by the famous Lonely Planet travel guide. Because this festival is (was) something more.

I thank all visitors, fans and supporters of the festival, all breweries and other partners for the beautiful years, for all the little things and nice memories!”

So, it has been a matter of politics, about noise, about acceptance from the local government and the neighborhood… and it seems like she (YES, the main organizer is a SHE) got tired and fed up with it. And, she would rather cancel it, than to create an event somewhere else that is very different from the picture and dream she had on her inside.

Other beer programs in Prague

Would you like to taste some Czech beer still? Did you know that you can taste the strongest beer produced in Prague on our traditional and authentic Czech Beer Dinner? Look around here in our Prague Guide for lots of information, good pieces of advice, recommendations, and tips for exciting activities.

There are still other beer festivals taking place in Prague, and in October 2019, you can check the Oktoberfest which is a nice event as well. It cannot be compared to the Czech Beer Festival, but still… it might be worth checking out!