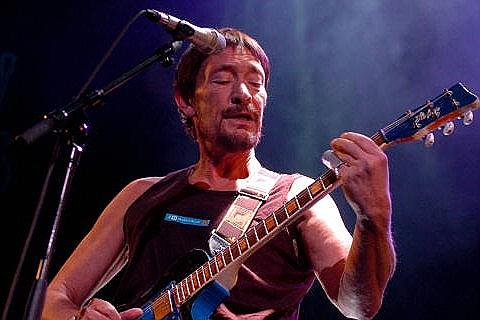 Christopher Anton Rea better known by his stage name Chris Rea is an English singer and songwriter. He is well known by his husky vocals and side guitar playing. In October he will come to Prague!

He was one of the most popular UK singers, songwriters in the late 1980s. Rea sold over 30 million albums worldwide until 2009. He is best known for his song Fool ( If You Think It’s Over) which he released in 1978. The single was ranked number one by several American music charts. He was always successful in the USA but his biggest breakthrough in Europe was after releasing The Road to Hell in 1989. He is naturally left handed and he learned to play the guitar with his right hand. He was really inspired by the music of Joe Walsh and Ry Cooder.

Chris Rea is on tour now and he is visiting several countries and many cities during his tour. He will perform only in Europe during his tour and he will be on stage in countries such as Germany, Belgium, the Netherlands, France, Ireland and in the Czech Republic as well. He will give multiple concerts in Germany and in the UK. In Czech Republic the concert will take place in Prague. Chris Rea will perform at O2 Arena on Thursday 30th October 2014. Tickets for the concert are already available.

For more information on the concert visit WorldTicketShop where you can buy tickets for this cool Prague event.