On November 11th it is time for the last World Cup qualification match in 2018. It will be played in Prague and the match between Czech Republic and Norway will start at 20.45.

Czech Republic and Norway has ended up in a tough World Cup qualification group. By the time we write this article Czech Republic has played one match against Northern Ireland at home (which ended 0-0) and Norway has played one match at home against Germany (and lost 3-0). Norway has two easy matches coming up in October before the match against Czech Republic in Norway as they will play against Azerbaijan and San Marino. Now Azerbaijan isn’t an easy opponent, but if the Norwegians want hope to stay alive, then they will need a victory in both those matches.

Czech Republic would have wanted three points against Northern Ireland, but did not succeed with that. Their next match in October will be against Germany (in Germany) and then a match at home against Azerbaijan afterwards. A realistic goal in front of these matches is probably to get three points and a victory against Azerbaijan, but if they could get some points against Germany as well that would be great!

Most people consider the Czech team to be big favorites in front of this match. Norway has lost lots of matches lately and they are not at all as good as they once were. The Czech Republic did some great matches during the European Championship this summer, but unfortunately that was not enough to get to the play-off stage.

If you want to watch the match between Czech Republic and Norway online, then it can probably be done on the Czech TV channel CTV. They have free streams available online for those in the Czech Republic. If you are located outside the Czech Republic you can read more about watch CTV from abroad here. The match can also be seen on the Norwegian TV channel Dplay. That will require an extra subscription, but if you have a subscription and want to watch the match on Dplay in Norway from abroad, read this article.

Have a fantastic match and let us hope that the best team will win! 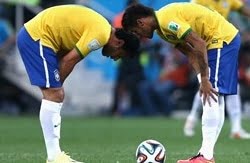 Are you coming to Prague in July 2014? Looking for advices on what to do? Here you can see some of the cool events, festivals and activities waiting for you.

For full schedule on the FIFA World Cup, visit watchworldcup.net.

We have earlier written an article on the money exhibition, but if you come to town before July 15th, make sure to get to know more about the history of money!

This is a classical music festival which will be going on from June 20th until July 20th. The event is arranged by the Czech National Symphony Orchestra and there will be concerts held in some of the nicest buildings in Prague, for example in the Municipal House.

The Bigman festival is a tradition in Prague and it is arranged on July 4th and 5th in 2014. It is a mixture of a Terrain Triathlon and Long Distance Triathlon and if you are an action person with lots of muscles, this might be attractive to you.

On July 8th it is time for the Metallica concert in Prague.

From July 24th till July 28th there will be folklore days in Prague. During these days there will be performances on open air stages on the Old Town Square and at the Wenceslas square.

These are some of the most important and coolest events taking place in Prague in July. In addition we can always recommend a beer dinner and one of the many river cruises available!

If you are coming to Prague in the coming month then you are probably curious to find out how to watch your favorite matches from the World Cup in Brazil while in the Czech Republic. There are several ways, and here you go!

The channel showing the World Cup matches in Czech Republic is CTV. That is an amazing channel, and in fact they have one of the best online coverages from the World Cup in the entire world, meaning that it is very easy for you to tune in to their website and watch all the matches online while in Prague. If you try to watch the matches from outside the Czech Republic on the CTV website it will though not work.

Ceska Televizie will also be available in your hotel room and wherever you go, meaning that you can watch all your favorite matches both in your hotelroom and also in restaurants and bars and pubs all across the Czech Republic. Unfortunately the Czech team will not be present in the World Cup, but some fantastic teams will be there, and probably you look just as much forward to some of the fantastic group stage matches as we do, such as the Spain – Netherlands match on June 13th, the England vs Italy match on June 14th and the Germany – Portugal match on June 16th. Full World Cup schedule can be found here.

Hope you will enjoy watching the World Cup matches while in Prague! If you have some free time between the matches, why not check out a Prague river cruise as well?