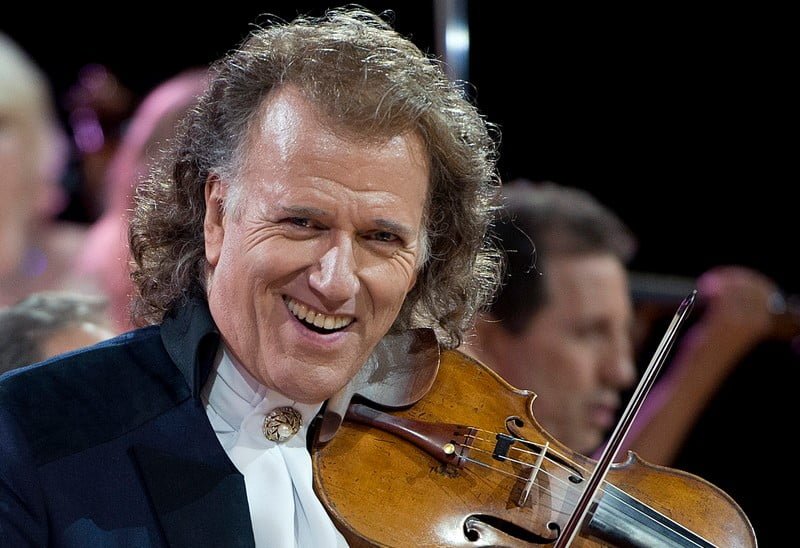 Come to Prague on May 12th to listen to the amazing Andre Rieu. He will perform in the 02 Arena and you are invited! Information about tickets and more.

Now you might have several reasons to come to Prague on May 12th in 2017. On the same day that Andre Rieu will enter the stage in the O2 Arena in Prague another major event will open in Prague. The event we are speaking of is the Czech Beer Festival which is about two weeks of full party and lots of local beer. Why not combine both of these? Listen to some classical music and sip in from that sort of culture before you taste some local Czech culture?

The opportunities are many as you come to Prague in May, but we hope you will have a fantastic time no matter what you decide to do. You can read more about the Czech Beer festival here.

If you would like to buy tickets for the Andre Rieu concert in Prague on May 12th then you can do so using the link beneath. Currently it seems as if this is the only concert Andre Rieu will do in Europe in May 2017, so do not throw this opportunity to combine some days in Prague with a fantastic concert away!

At the link you beneath you can not only buy tickets for the Andre Rieu concert in Prague, but also for all his other concerts in 2017. He will also perform in cities such as Paris, Amsterdam, Brussels and Berlin, so go ahead and buy your Andre Rieu tickets today!

Andre Rieu concert in Prague in 2017

Do not forget to read more about other fantastic programs and activities here in our Prague Guide. Did you know that we can help you out with river cruises and also a fantastic Czech Beer dinner where you can taste the strongest of all beers brewed in Prague? Doesn’t that sound fun? Read around in our Prague Guide for more information!