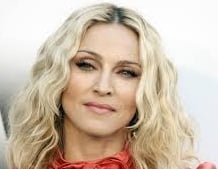 Madonna who is back with a new album and a world tour in 2015 will give concerts in Prague as well. Madonna or often just called the Queen of Pop is an American singer and songwriter who became one of the most prestigious and influential artists world wide.

During her career Madonna sold over 300 million records world wide which made her the best selling female recording artist of all time and she even won a Golden Globe Award for Best Actress for Evita in 1996. The most popular songs of her are Frozen, Vogue, Like A Virgin, Hung Up, Like a Prayer, Into the Groove, Papa Don’t Preach and so on.

So in 2014 Madonna came out with her latest album Rebel Heart which was her 13th studio album and from the end of summer she will be back with a world tour promoting her new album. With the Rebel Heart Tour Madonna will give plenty of concerts world wide starting in the USA and then continuing throughout Europe. In Europe Madonna will give 20 concerts and in North America she will give 24 concerts.

If you want even more fun while in Prague, why not go enjoy a river cruise or maybe a Czech Beer Dinner? Read more about these and other activities here in our Prague Guide!