KISS is coming to Prague and this will for sure be one of the big concerts in Prague in 2010. The extremely popular rock band from the States is always making a big show as they travel around, and now they are coming to the Czech Republic. Make sure to be there as they perform in the O2 Arena in Prague May 23rd 2010. Tickets can be bought using the link below (but be quick, as the tickets are very popular)!

About Kiss:
Kiss is an American rock band formed in New York City in January 1973. Easily identified by its members’ face paint and flamboyant stage outfits, the group rose to prominence in the mid-1970s on the basis of their elaborate live performances, which featured fire breathing, blood spitting, smoking guitars, and pyrotechnics. Kiss has been awarded 24 gold albums to date. The band has sold over 19 million records in the United States and their worldwide sales exceeded 100 million albums. 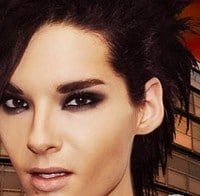 This is going to one of the big events of the year in Prague. Tokio Hotel will perform at the Tesla Arena and it is going to be one dazzling and fantastic experience. Tokio Hotel has millions of fans around the world, and many of those will want to be there as they perform in Prague, so grab hold of your ticket in good time before the Tokio Hotel concert in Prague.

I guess the tickets to the 50 Cent concert in Prague will cost a little bit more than 50 Cent, but if you are a fan of 50 Cent it is probably worth all the money to be there as your favorite band will perform in the Tesla Arena in Prague. 50 Cent will perform in Prague March 5th, 20.00.

Would you like to be there when Lou Gramm, Bobby Kimball and Dan McCafferty perform in the Congress Centre in Prague? If yes, you need to grab hold of your tickets to the concert that will be arranged January 30th, starting 20.00.

Tickets to the concert can be bought from WorldTicketShop 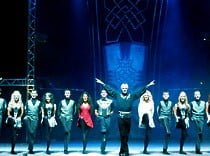 Do you like dancing? If you do, you will for sure like the “Lord of the Dance” show that is coming to Prague in 2010. This performance that has amazed thousands of people around the globe can be seen in the O2 Arena Prague, February 6 – 2010. 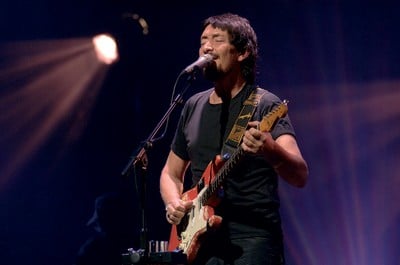 Chris Rea is coming to Czech Republic and Prague in 2010. If you like his music and would like to enjoy his concert in Prague, grab hold of your tickets today. The Chris Rea concert in Prague will be arranged February 1, 20:00 in Prague Congress Centre.

Depeche Mode is coming to Prague again in 2010 and fans are looking forward to this big event that will take place January 14, 2010. It might be cold outside in Prague in this period, but inside the O2 Arena it will then for sure be hot and thousands of fans ready to see their heroes live on stage. The Depechde Mode concert in Prague will start at 20.00.

While in Prague to see Depeche Mode, why not join in on a guided tour as well?

I remember being at a Stomp concert once, and as a guy who like drum playing and cool rhytms that is a highlight. Now Stomp are coming to Prague and March 15th, 2010 you can see them live in the Congress Centre in Prague. So if you are ready for a great Stomp experience, great rhytms and a cool show, get hold of your Stomp ticket today!

Burning of the witches (Pálení čarodějnic)